Biggboss season 13 was one of the failed seasons in sense of TRP but in the last 5 weeks, it ends while leaving remarkable seasons amongst all the series of Biggboss with it’s highest TRP. But this time it seems like the maker after the success of biggboss 13 has lost their intellects.

Well according to a source close to Viacom 18, has confirmed that the Auditions of the commoners will start in the month of May, that means the commoners are back and it’s good news for Biggboss fans, but you must be thinking why I have used this word they have lost their intellects?

So the reason is again this time the makers are trying to approach Siddharth Shukla, Rashami Desai, and Devoleena Bhattacharjee as well for season14, it seems like Biggboss has lost his confidence on his Biggboss concept he needs back ex-contestant to increase the TRP of their show, the things would be like SidRash and Devoleena would be a Matchmaker, So now just we can hope the things would be not like this.

And Yes along with this trio Karan Kundra, Aalisha Panwar, and Jasmin Bhasin names are also coming on the board. 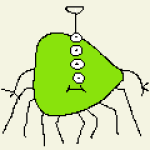 BMC files a report against the Gauahar Khan

DISHA AND RAHUL PLAY HOLI TOGETHER

Aapki Nazron Ne Samjha: “I wear what I like and am comfortable in.” – Vijayendra Kumeria

Anupamaa: It seems like Kavya is plotting against Pakhi