Bigg Boss announces about the week’s nomination process. Housemates are seen shocked as Bigg Boss announces the process saying that this week any six of the housemates will be nominated.
Bigg boss later says that Aly being the captain will have the authority to nominate. Aly nominates Kavita and the reason being that she tries to get into everything that goes on in the house and continues saying that the two of them fought for a very silly reason and adds saying that Rahul and he were talking about something and she tries to get involved into it and starts saying anything, which is her habit to do.
Later Aly nominates Rubina where she is seen shocked. Then he also takes Nikki’s name saying that Kavita and herself are seen bitching about him.
Nikki not expecting this to happen says that Aly nominated her because Jaan has told things against her.
Later Kavita is seen making a statement on Aly where he just assumes himself as a “Sher”.
Nikki and Jaan start arguing where he says that she thinks she is smart but she is not and then she uses the word “ridiculous”.

After arguments and fights, Kavita is seen crying saying that she shouldn’t have gone to the show and that she doesn’t deserve such nonsense.

Excited for more entertainment? then watch today’s episode for some drama. 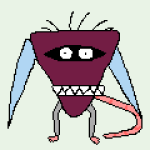 VJ Andy shows his supports for Nikki Tamboli on Twitter